About the company Koni

KONI is about people’s mobility.
A pioneer in this field since 1857, KONI provides leading, durable and experience-improving technology. KONI helps people move comfortably at whatever speed they desire, wherever they are.
KONI is everywhere from street cars to trains to industrial applications, such as bridges, being used in the most extreme conditions, including the dry Sahara desert and the freezing poles, proving that KONI dampers perform when tested.
As undisputed experience leaders, their technical capabilities and skills help develop, manufacture, and sell high-quality and top-performing hydraulic shock absorbers and suspension systems. Their goal is to create the best experience for everyone on the move.
Since 1857, KONI has established itself as the brand of choice for high quality products.

How it all started
KONI was founded in 1857 in Oud-Beijerland, the Netherlands, by A. de Koning. The business did not start with making shock absorbers, but with making leather equipment for horses.
Just before the Second World War, the company started to work on shock absorbers. These were friction type shock absorbers.
After the Second World War, the production of the telescopic shock absorbers started.
In the early fifties, KONI decided to play a more prominent role in motor sports in order to enlarge the company’s reputation. In 1955, KONI participated for the first time in the Tulpenrally, a Dutch organized rally with international status. Rally was just the beginning and KONI soon after began its racing career, entering Formula 1. In 1956, while at the famous Nordschleife in Germany, KONI assisted the Ferrari team in solving their suspension problems.
The first Grand Prix that KONI officially participated in was in 1958 with Ferrari. After that, the business expanded quickly and in 1971, KONI achieved its first World Championship win, as Tyrrell Ford won the driver’s and constructor’s championship.
Over time, KONI has not only improved damping for rally cars and racing cars, but has also dedicated its expertise on improving the damping in various other commercial vehicles, and even for industrial projects
like bridges. 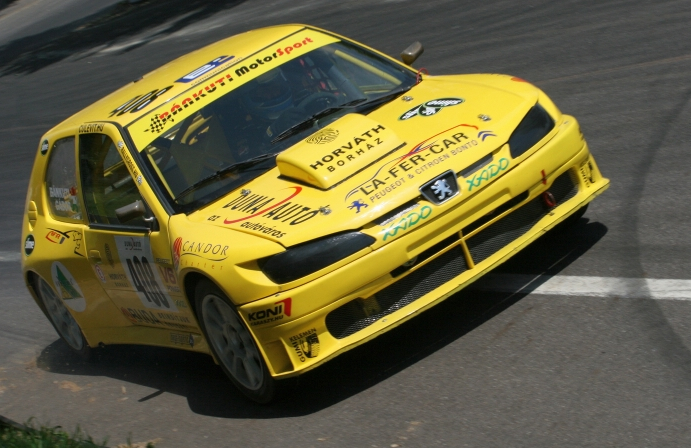